You are here: Home / Founder

Lisa Kasanicky (AKA, the Spa Girl) first discovered her passion for spas when she visited a Phoenix resort spa as a reprieve from her stressful career as technical documentation consultant. Struck by how much her whole body and attitude lightened up after just that one visit, she developed the website as a way to share useful information with an audience much like herself — women in serious need of a spa time-out. Lisa has since developed spa guides for the Arizona Office of Tourism and for The Arizona Republic. She has served as the spa editor for Item magazine, beauty editor for East West magazine, and is a regular beauty columnist and features writer for several Phoenix-based and national publications including Leisure Group Travel, LiveSpa, Healing Lifestyles & Spas and Generation Health magazines. A local on-air personality who appears regularly on the ABC Phoenix affiliate show Sonoran Living, she was named among the coolest people in the Valley of the Sun by Phoenix Magazine in 2008 for her work as the “Spastress.” She has been cited as an expert source in Woman’s Day and Women’s World magazines and has been interviewed on ABC News Now and Martha Stewart Living radio. Lisa’s first book, The Complete Idiot”s Guide to Girlfriend Getaways (Alpha, 2009) is available at Amazon and other top bookstores. More on Lisa.

With one hand firmly on the business direction of Arizona Spa Girls, Chaz Kasanicky uses his other hand to guide the technical ship that keeps the website ahead of the next wave of internet technology. Chaz has been an entrepreneur in the high tech industry for more than 20 years and as early adopter of internet technologies, he used internet connectivity for business processes before the World Wide Web was invented. While he didn’t invent the internet (Or did he?), he built one of the first websites to use live online credit card processing and was at the forefront of search engine optimization development. In other words, he’s kind of smart. Chaz spends his spare time writing haikus in his head, tossing Frisbees and pondering the future of technology. 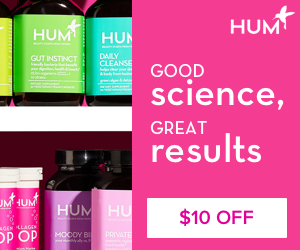